After the tragic moment of Harambe’s death (May 28, 2016 in Cincinnati zoo) the Internet decided to remember him with commemorative memes of every kind, even proposing on change.org to make this gorilla a pokémon. But now, in Italy, the joke is reaching the highest level: a bridge with Harambe’s name.

Bari, Harambe appears for the name of the new super-bridge

La Gazzetta del Mezzogiorno, a Southen-Italy newspaper, proposed a survey for selecting and voting the name for Bari’s newest bridge; approving the newpaper’s idea, the municipality decided to make the internet-people choice, making the survey official. The major, Antonio Decaro, hoped in this way that “the name (could have) a bond with the Bari’s citizens will” but, currently, this is the result: 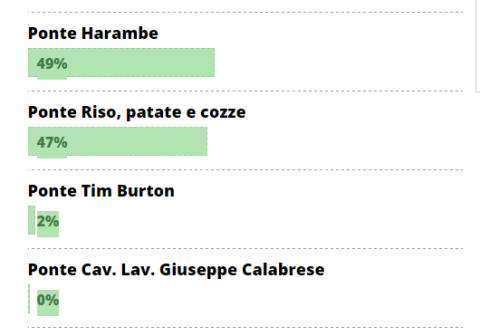 Among the over 200 names proposed somebody put Harambe, and now there is a very high “risk” that it will be the winner of the poll, with 49% of the votes, followed by “Riso, patate e cozze”: not only the name of a typical apulian food, but also a classic YTP video very famous in Italy. 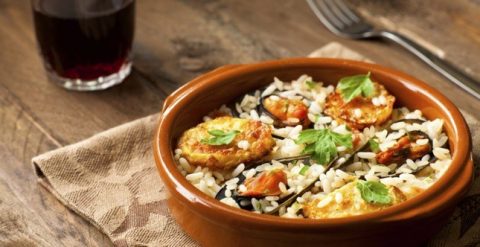 Harambe bridge is almost reality now and this is proving that he wasn’t just a gorilla, because the internet has make him rise among his gods.