You Are Here: Home » Approfondimento » English Press » The Alt-right explained by an alt-righter

Over the last decade a political earthquake turned Western politics upside down. The price of this has been paid mainly by right wing parties, run over by a nationalistic trend that spared no one in the First World’s political establishment.

In the US the fight against extremism gave birth to two distinct blocks, both born on the Internet and now alive and well in the ‘real world’: Social Justice Warriors (also known as SJW) on the left, and the alt-right (alternative right) on the opposite side of the political spectrum. 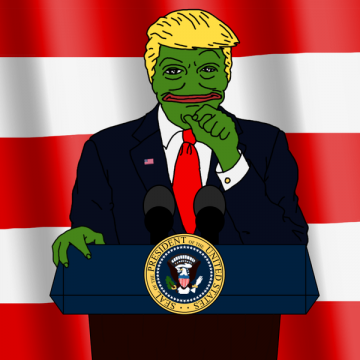 What is the Alt-right? What is the big deal with Pepe the frog, an Internet meme now considered to be a symbol of hatred for democrats? How was this movement born and why does it support the Republican candidate Donald Trump?

We could explain this perfectly, but no one is a better fit for the job than a person who supports the movement and lives on the other side of the Atlantic Ocean.

His name is Connor, he is a 29-year-old independent videogame developer. He is one of the most passionate partisans in one of the many Facebook pages that support Donald Trump as the next President.

Hi Connor. First of all, why do you like the Alt-right? Why would anyone support such a controversial movement?

I support (much of) the alt right movement because the issue of race has been ignored for 50 years, and I think the United States has a right to remain majority white, since the Founders were white. Of course this is complicated because America is not our homeland. But if you look at some empires throughout history it shows that multiculturalism eventually leads to collapse. It certainly leads to hatred. Also, I am totally against feminism. That said, I disagree with some things being said, against other races. The truth is that I like other races, but many in the alt right do not. I wish that they would come around and not hate so much. There is good in everyone. I am against the liberal ideologies.

Do you think that the American traditional party system is too anachronistic to cope with the recent extremization in Western politics?

I think that the two party system is probably here to stay, it is stuck, just because. So usually a person’s views will be mostly left or mostly right. Trump took over the Republican party with Nationalist views, so I think party transformation is the only way to change things.

How do you think the Republican Party will change, if Trump will win in November?

The GOP will either split into two parties, one Republican/Libertarian and one as a worker’s party as Trump said. Not a left leaning party but a pro-business worker’s party where the corrupt rich are rooted out. But I don’t think it will split. The two party system is very rigid.

Who do you think Sanders supporters will vote for?

I really don’t know. I think a lot of them won’t vote, a lot will vote for Hillary (meaning against Trump) and some will vote for Johnson or Stein. A sizable amount will secretly defect to Trump for economic reasons and not tell their friends till election day. 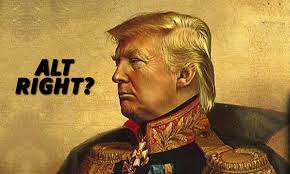 What is the ideology behind this right-wing movement, and why was it born?

The alt right’s ideology is that equality has been taken too far. It’s main concern is that white people are rapidly becoming extinct from immigration, low birth rate and mixing in. You know, the original right. There is nothing “alternative” about this, as Trump said “There is no alt right just common sense.” We believe there is an international coordinated effort by Marxists, as we say, for a one race world and white people are the first target for elimination. Does that sound paranoid? Well, maybe, but let me remind you: it’s not paranoia if they really are out to get you. Also, we are totally against feminism, probably I am pretty extreme about this. I don’t like dating career women and think women have a poor voting record. There are blacks, hispanics, Asians, even Muslims and Jews (Jews are often accused of being very liberal in terms of non-white immigration) in the alt right but it’s rare. I think racism scared off the black people but it’s an ideology. If I was black I would want to be alt right. The Black Panthers I consider to be alt right for black people. BLM is leftist. Also sexual morality is a thing in the alt right, generally not too happy about LGBT but there are a surprising number of gays in the alt right like Milo but maybe that’s because a lot of them can’t get laid. As far as religion, we want family values and are against tattoos and piercings and drugs, excessive porn etc but there is a lot of disagreement on this. A lot of people are atheist but want Christian values, but most of us have a sense that Christianity in some ways has weakened us since Pagan times. There’s not really an economic ideology but it leans toward Capitalism and a National economy like having factories in the US again (lower middle class jobs of which we have none now) 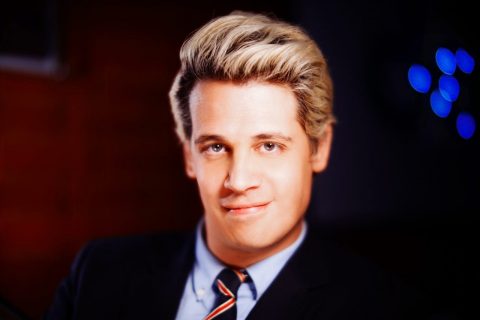 Your movement is now being reported by the media. Will this negatively affect Trump’s campaign?

I don’t think it’s having much of an effect, and that’s because the country has fallen so low, so confused by Marxism, that average (men) are more willing to accept extremism as long as it doesn’t go too far, you know, like what Hitler did, what the Communists did, or what the Phillipines is threatening to do. Hillary and the media already tried to attack the alt right. Everyone is already decided mostly. White Republican women, Bernie supporters, whoever is motivated to show up. Turning out the vote in the swing states will determine the election

The Italian version of this interview is available here.