You Are Here: Home » Cultura » Crude oil prices and its correlations (Pt. 2)

Following previous article, in this one I am going to examine correlations among Crude Oil prices and Global Sovereign Bonds, other Commodities and Foreign Exchange. In this article you can also find all the references used in this part and in the previous one.
Global sovereign bonds

To determine whether crude oil is correlated to sovereign bonds, we have to scale back first and examine the correlation between crude oil and interest rates (interest rates are inversely correlated to bond prices ). Cologni and Manera (2008) results suggest that an unexpected oil price shock is followed by an increase in inflation rate and by a decline in output growth. Then, the connections with interest rates depends on which one between inflation rate and output growth central banks want to deal with. The response of some of them has been directed to reduce – through lower interest rates – the impact of the shock on output growth rate. In contrast, monetary authorities of most countries reacted by raising interest rates, suggesting a contractionary monetary policy directed to fight inflation. Then, considering the relation between interest rate and bond price, when the former decreases, the latter increases. More in general, as highlighted in a Bloomberg article it not only the relative increase or decrease of oil price that matters, but also its volatility: the yield on German 10-year bunds, Europe’s benchmark sovereign securities, has jumped almost 30 basis points in September 2015 reflecting the crude market’s volatility that saw Brent oil futures jump 26 percent in three days. 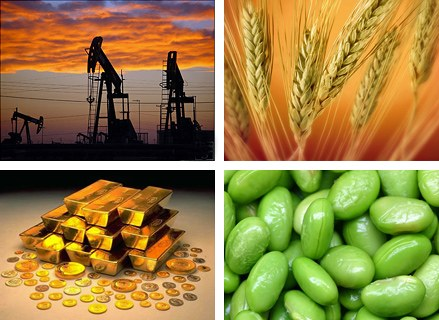 Literature about commodities has confirmed many times the link between oil prices and other commodities, especially food commodities. In fact, energy impacts commodity production in some very important ways. For instance, the use of chemical and petroleum derived inputs has increased in agriculture over time. Harri, Hudson and Nalley (2009) found that commodity prices are linked to oil for corn, cotton, and soybeans, but not for wheat. Campiche et al. (2007) concluded from their analysis that soybean prices seemed to be more correlated (through the biodiesel market) to crude oil prices than corn prices. The historically strong positive correlation between oil and food prices has been confirmed even by CEIC , especially in recent years as food production is becoming more and more fuel-dependent. A thorough examination of either correlation or causation of the oil sector on commodity prices has been made by Saghaian (2010) that shows that although there is a strong correlation among oil and commodity prices, the evidence for a causal link from oil to commodity prices is mixed, since different tests of causality give different results. However, even this study shows that there is a strong correlation among oil and commodity prices and it speculates about the fact that a good reason for these correlations might be the fact that grains are directly linked with ethanol and oil markets through the oil–ethanol–corn linkages. Anyway, the main purpose of the present analysis is to find correlation, and from many studies it appears that there is a strong one between oil prices and agricultural commodities.
Foreign exchange 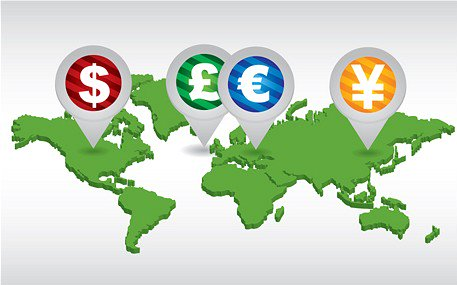